Complete Purpose support: this includes the ability to choose whether to read render, proxy and guide purpose both from the Multiverse Reader UI (selection can be made before actually reading the data) and also from on the Multiverse Compound shape node (meaning: after having read the data). Purpose is now orthogonal to the viewport modes, this separation allows to selectively see purposes in any view mode. In addition the mvSet node options have been extended to support tagging geometry with the guide purpose for writing assets, in addition to render and proxy. Finally, MEOW now uses useful visual cues to indicate purpose on primitives.

It is now possible to write assets which use the Maya blendShape deformer as USD blend shapes. Multiple shape targets and in-between shapes are supported, data can be also written with skeleton animation and skin weights. In addition, USD blend shapes are present in the MEOW tree, as well as in the viewport (if marked visible).

Added option to all writers to specify a frame per seconds (also known as "timecodes per second") option, defaulted to 24.

The Multiverse PRO version license server (“Pulsar”) has been updated. It is backwards compatible with clients running previous version of Multiverse (e.g: v6.6.x), however, if you wish to run v6.7.x on your clients you MUST then update the license server to also use v6.7.x.

The Multiverse FREE version has been updated to use a new cloud infrastructure. Any users of the FREE version is required to update to v6.7 by July 7, 2021. Earlier FREE versions (e.g: v6.6.0. or lower) will not be able to acquire a cloud license after this date.

The new "Layer Editor" allows to add layers to the stage, effectively "composing" them. Layers can be muted, un-muted, removed, and reordered by moving them up/down. Note that, as per Usd convention, upper layers always override lower layers. Every modification to the stage is held in the current session layer which is always at the top of the layers stack. Composed layers can be written as Compositions, with the option of writing them as references or as sub-layers.

It is now possible to non-destructively edit the USD stage by adding new primitive children ("prims") in the Hierarchy Editor. Newly added prims are created at the selected point in the hierarchy and are colored in green, they can also be renamed and removed. USD references can be associated to newly added primitives. All operation are done via RMB.

It is now possible to add new USD attributes on any primitive in the "Attribute Editor". Currently the following types are supported: float, color, token, string and each new attribute can be marked as "primvar". New buttons are available to add new attributes, remove added ones, and reset edited ones to their default values.

As of this version MUSE is also distributed for macOS. It uses the Apple Metal graphics API to draw on the viewport via the Hydra Storm delegate. MUSE is packaged as a single-file macOS ".app" and can be simply used in-situ or moved on your desired drive location.

This version of MUSE is not yet "notarized" on macOS and will only run if you RMB on the app and select "open" which will prompt a dialog allowing you to bypass the gatekeeper. Alternatively you can disable macOS' System Integrity Protection (SIP).

Added support for enabling/disabling USD preview materials (if present in the stage) in the viewport.

The distribution on each OS has been made location independent and several unnecessary files were removed. Run-scripts are also been removed for all platforms.

MUSE will pop-up a licensing UI dialog when run the first time, you can use this dialog to input the license server in the format IPAddress@Port. Once the license server is found MUSE will check a Multiverse Pro license at the start and release it immediately. Once validated, license information will be stored in a per-user configuration file.

Introducing a novel, comprehensive and production-ready, support for USD Variants in Maya. This allows users to easily and efficiently author, edit, write, select, override and render both hierarchy-based & attribute-based variations (with support for animated attributes), whether originating from Maya data or from USD data encapsulated in Multiverse Compounds.

Variant in Multiverse allow users to easily and interactively switch models/hierarchies as well as attributes/primvars, which can be queried for shading variations at render-time or for other pipeline needs. Multiverse offers complete rendering agnostic workflow enabling users to create conditional logic in shading networks by querying primvars and dynamically switch any property of the asset's look.

Variants management can be performed via the UI or via the Multiverse Python API, for which a new variants module has been introduced.

Variants allow more streamlined pipeline workflow because information about variations is completely self-contained in USD files without the need of storing such information inside Maya nodes (such as locators, transforms etc.) This grants for better flexibility within the same DCC in different stages of the pipeline and also easier interchange with other DCCs.

Refer to the new Variants documentation for details:

Introducing custom attributes writing for both Maya-typed and USD-typed attributes with full support for animation.

Custom attributes writing is controlled by new options in the Asset Writer UI: Maya-typed ones are explicitly listed with a comma-separated list of names, while writing of USD typed attributes is enabled/disabled using a flag.

Refer to the new Custom Attributes documentation for details:

Introducing "MUSE", JCube's new "Multiverse Usd Standalone Editor". MUSE allows users to open, interactively visualize, playback, any USD asset and composition without the need for a DCC application. The aim of MUSE is to provide a fast and non-destructive multi-editing of attributes in a USD file, adding references to other USD files, write USD overrides and write USD compositions with overrides.

MUSE is currently in Alpha and is provided exclusively to clients of the Multiverse Pro Version as a "Tech Preview", it will briefly check for the presence of a license server but won't consume Multiverse licenses.

To know more about the present and future of MUSE we have prepared a small FAQ.

It is now possible to consolidate all layers in a Multiverse Compound with one click from the Compound UI: the consolidated composition will be written and re-loaded automatically, if the sync option is active.

The Asset Write UI now allows to flatten parent transformations at the current selection (know in Alembic as the worldSpace option).

# Other New Changes, Fixes and Improvements

Added support for importing USD data from a loaded Multiverse Compound. Importer functionalities are available in the MEOW interface (via RMB on a prim) and currently support polygon meshes, transforms and cameras. Imported data is fed from a Multiverse Compound preserving animation and changes to the resulting Maya objects can be written back to USD as sparse overrides. See the Importer section.

# Auto-sync Imported Data Back to USD

Sparse overrides written from imported objects can be automatically added as a new layer into the original Compound node allowing for a full data round trip from Maya/OtherDCC to USD, back to Maya and back to USD. See the Importer section.

Added support for rendering with Redshift on Windows and Linux. The minimum supported Redshift version is v3.0.22. Featuring complete support for all Redshift primitives: polygons, hair, point clouds and instancing / point instancing of any of the previous. All motion blur types are supported too: velocity, acceleration, linear and deformation motion blur. All of the Multiverse overriding methods for attributes and materials are supported.

A large number of improvements on VRay rendering are available with this version.

Added out-of-the-box integration of the 3DelightNSI rendering library in the Multiverse Hydra NSI viewport on Windows, Linux and macOS. This offers unlimited threaded rendering, watermark-free in the Maya viewport. The library is shipped with Multiverse and no additional installation nor license of 3Delight is required (note: the library won't clash with other 3Delight libraries which may already exist or be added to the system).

Whereas an OpenGL rasterizer, such as Storm, can offer very fast playback and draw performance with certain datasets, it may also suffer due to large amount of data to draw or when the amount of VRAM is limited: this can be instead handled efficiently by a modern path tracer such as NSI, where system memory (RAM) is the only real limit.

This work is the result of a close partnership with Illumination Research Pty Ltd (the makers of 3Delight (opens new window)).

Added support for muting layers in a Multiverse Compound. This allows to easily inspect the result of the composition of different combination of layers and offers a friendly way to assemble layered setups with e.g. sparse overrides. Note that muted layers are excluded from being written.

Added ability to select hierarchy ancestors for the currently selected item (USD prim) in the viewport via Maya Marking Menu.

With version 6.5.0 of Multiverse we have updated USD libraries to version 20.08, this provides the latest and greatest USD support on all Maya versions and platforms.

Added a new documentation system which works offline in addition to be elegant and search-able. The documentation is available online (opens new window) as well as distributed as a separate ZIP file. It can be served locally using the provided Python script serve-docs.py.

# No more Temp Files when Rendering

As of this version Multiverse does not write any temporary USD file when rendering. This has been updated for all supported renderers. The related environment variables are now unnecessary.

HydraNSI now requires OpenGL: Core Profile (either "Strict" or "Compatibility") in the Maya display preferences. This means the OpenGL "Legacy" mode is unsupported when using HydraNSI.

Added support for "binding" USD skeleton animation to compatible USD skinned static assets in an artist-friendly manner, directly from MEOW: simply select source of animation and apply it to the target skeleton. Skeleton animation USD data can come from 3rd party Mo-Cap applications such as Vicon Shogun (opens new window), or can be generated with Multiverse, for example by loading FBX data from Mixamo (opens new window) in Maya and Multiverse Write as USD data. The resulting USD compositions can be exchanged with Houdini Solaris (opens new window) for crowd workflows, as well as written to USDZ to preview in macOS and IOS, facilitating preview work in production. The Multiverse Python API also provides a new skel utility module to facilitate these tasks. See the relative docs: Multiverse USD Skeleton Workflow.

:: warning Heads Up In case you are installing Multiverse 6.3.0 over the same folder (rather than using the more proper approach of versioned folder names), please wipe your previous installation of Multiverse 6.2.x before installing 6.3.0. ::: 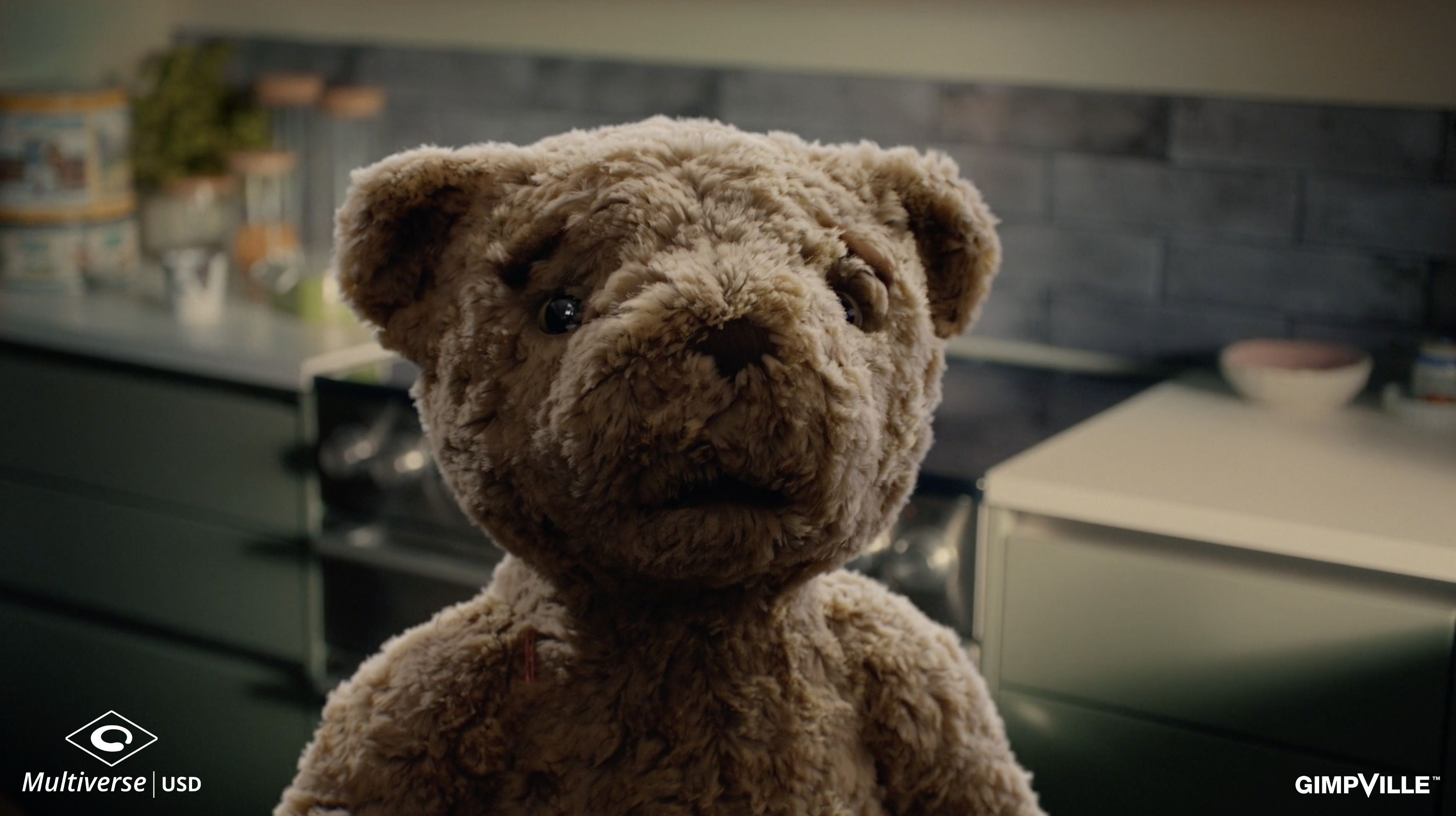 With Version 6 we introduce an easy to use, production-ready, native USD solution for Autodesk Maya with both Free and Pro version available.

Multiverse enables anyone to instantly & non-destructively author, playback, layout, look-dev, light and render large 3D data sets and to inter-op with USD-ready DCC apps such as Houdini / Solaris. Everything is interactively streamed to Hydra-based viewports and to final frame renderers, in procedural and parallel fashion.

Powered by a new end-to-end multi-threaded architecture, from scene construction to final rendering. Designed with a strong emphasis on delivering an easy and logical workflow to artists and real-world users under tight work deadlines and budgets. Featuring UI and UX that are clear, well thought and pleasant. Ready for deployment in production environments of any scale, with a new Python API that is straightforward to use and integrate, abstracting the complexity of the USD APIs.

Note - Alembic is now read through the USD API.